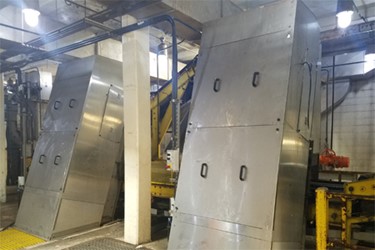 When it was formed in 2005, GNHWPCA took possession of all the assets of the existing wastewater system, inheriting bar screens that had been installed in the 1980s when the plant and lift stations were constructed. Their existing bar screens worked, but they were unreliable and very expensive to maintain.

The screens were a traditional catenary design: a series of vertical steel bars spaced between one and three inches apart, with cross-secting scraper bars at 5-foot centers, drive by motor, gear reducer and sprockets. Any maintenance to the components of the machines was labor intensive, according to Thomas V. Sgroi, P.E., director of engineering for Greater New Haven Water Pollution Control Authority.