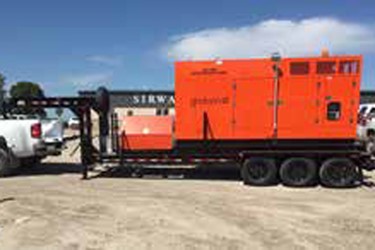 The Southern Iowa Rural Water Association (SIRWA) provides quality drinking water to the residents and communities of southwest Iowa. Included in its 4,000 miles of pipeline is a 16-mile, 12-inch line that runs from the city of Creston to Corning. Since gravity alone can’t feed water the entire distance between the two cities, a pump station maintains pressure in that line. A second pump station is used to pump water through a 16-inch line to counties south of Creston.

Flooding  was an ongoing issue at the second pump station, but when a storm event several years ago shut down both pump stations – causing authorities to scramble to move water to their customers in the greater Creston and Corning areas – it brought the issue to a head.