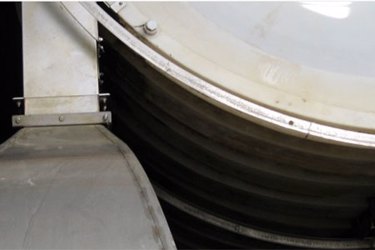 The existing aerated grit basin (AGB) grit removal system at Fox Lake, IL, was at the end of its useful life and needed to be replaced. There were two requirements for the replacement: they wanted to retrofit the new equipment in the existing area and to eliminate grit deposition in the grit basin which was very difficult to remove. Steve Vella, Fox Lake’s plant Supervisor, saw the HeadCell® at WEFTEC in Chicago. He liked the stacked tray concept, and thought it would be the ideal solution to their plant’s grit problem. He had seen similar operational principles in lamella systems. The stacked tray design would allow them to increase their surface area which would increase their grit system performance, while staying within the existing area used by the AGB.