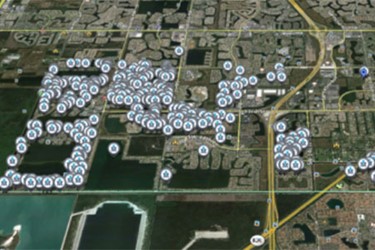 In 2014, the City of Miramar was rapidly approaching their permitted source water limits, and eliminating water loss became a primary objective.

City staff had noticed a trend of increasing water production that was not consistent with the rate of population growth or new service connections. After performing flow and pressure analyses of the system, it was highly probable that the City was experiencing significant water loss in certain areas of the their distribution system. However, the City could not pinpoint the exact leak sources. Matchpoint Water Asset Management (MWAM) was contracted to attack the issue.