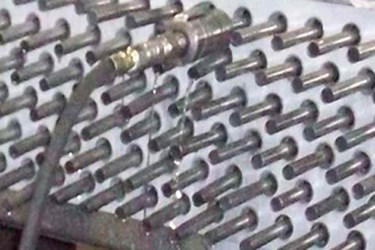 In February 2014, a major South Texas oil refinery discovered severe damage (ID pitting) to their Air Cooler tubes while under inspection during a scheduled turnaround.  In their present condition, the units were not suitable to be returned to service, putting the refinery – and the post T/A start-up – in jeopardy.  Unfortunately, time was limited – and so were their options – since the situation was now “holding up the entire T/A”.

A replacement or retube of these bundles was out of the question due to the time constraints.  Enter CTI Industries, who have been successfully repairing heat exchanger tubes – both new and old – since 1976.  Plant engineers contacted CTI about their Full Length Tube Liners™, a tube restoration method which had been previously used at numerous refineries worldwide, for oil companies such as Aramco, BP, Chevron, ExxonMobil, Phillips 66, Total, etc.