Parkson Turnkey Services Allow Customer To Get What They Want 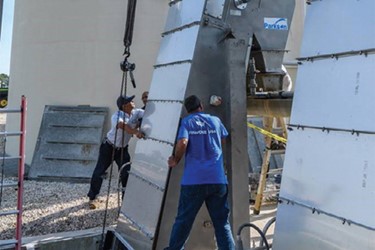 A wastewater plant in Florida originally had one Parkson Aqua Guard® Self-Cleaning Moving Media Screen in operation for approximately 19 years. When the city expanded, a new headworks plant was built in 2009. At this time, two (2) new screens were purchased from a competitor based on cost through a bid process to contractors.

These new screens offered by the competition became corroded on the chains, pins and bushings, and experienced carryover problems. Due to these issues, the screens were rebuilt twice in five years, with the last rebuild costing the same price as a new screen. Since the competitor could not come up with a solution to fix the screens, the city sought to utilize Parkson screens in their facility again. This decision was based on the quality and excellent product support received on the original Parkson screens.