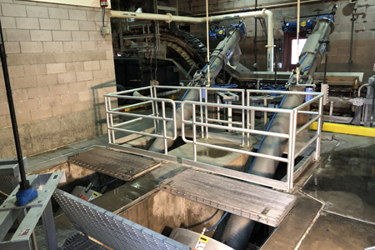 Known as Festival City USA, Utah’s Cedar City plays host to events for rodeo, Shakespeare, wildflowers, and UFOs, to name but a few — and a team and equipment that the water and wastewater industry can be proud of.

During 26 years at Utah’s Cedar City Wastewater Treatment Plant, Eric Bonzo says he’s seen it all — including, as most people working at the sharp end of the industry will testify, things he wishes he’d never seen.

Built as a trickling filter plant in 1996 with a flow of 1.4 MGD, this WWTP some 170 miles north east of Las Vegas, NV installed a Raptor Fine Screen from Lakeside Equipment Corporation and a basic bar screen that had to be manually raked out if in use, hence finding those unwelcome discoveries.

“What I certainly did see for 23 years was a true workhorse,” said Eric Bonzo. “That Lakeside screen took all sorts of abuse, but it just kept on running.”

This first Raptor at Cedar City served one of two channels that come in to the headworks building, with the manual bar screen in the other channel. With its rotating rake teeth fully penetrating the screen bars, the stainless-steel Lakeside screen immediately began removing captured debris — and at the same time, preventing grease from blinding or plugging the screenings basket.

“This workhorse of a screen gave us little or no issues for more than two decades,” added Eric Bonzo. “It saved us tons of overtime hours.”

Four years ago, when Eric became Superintendent, he was quick to act. Concerned about the lack of redundancy, he introduced a second Lakeside Raptor Screen (via Lakeside’s representatives in Salt Lake City, Goble Sampson Associates). 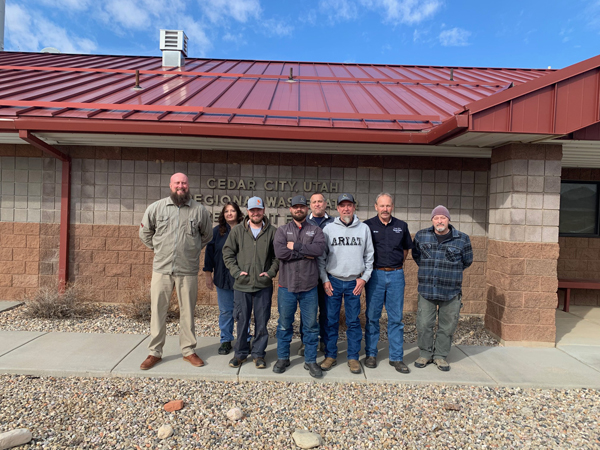 “We run a tight ship here,” he continued, “but water — well, it just keeps on coming, so you have to be prepared with redundancy. I know of other plants where they don’t have any redundancy, so when they have breakdowns, the overtime hours are incredible. Since our plant opened, flow has doubled to 2.8 MGD, including quite a bit of industrial wastewater. You have to have back up, ready to kick in when needed, especially as we knew that our first Lakeside screen would eventually come to the end of its life after giving us such great service. Amazingly, when you looked at the run times, we were getting the same from both screens, despite the age difference.”

In 2017, Cedar City finally replaced its long-serving Raptor Screen with a new model from Lakeside (again via Goble Sampson) — same unique design — same corrosion-resistant, long-lasting stainless-steel, even in the most severe conditions.

Combining four processes in one unit, captured screenings are compacted, dewatered and washed free of most organics to approximately 40 percent solids. Volume is reduced by 50 percent and weight by 67 percent, thereby reducing disposal cost.

Eric Bonzo commented: “Both screens — just like our old workhorse — compress extremely well to get all the fecal material out. We are hauling about three tons per week of screenings and grit, which goes to the landfill. And because the Lakeside screens are so good at squeezing almost all the water out, it greatly reduces what we are charged on our disposal costs.”

The ‘tight ship’ at this impressive WWTP is a credit to the local environment, with an always beady eye kept on maintenance and operations by Eric and his team of four operators, pretreatment staff and Lab Director.

Situated close to Cedar Breaks National Monument, called the ‘Circle of Painted Cliffs’ by the early Paiute people, the Cedar City plant — with no bodies of water to discharge in to, it was the first in the State of Utah to be issued with a land application discharge permit.

In 2015, shortly before the arrival of the second Lakeside Raptor Fine Screen, the original trickling filters were replaced with oxidation ditches, which Eric says have been a whole new challenge and learning curve, but which have definitely worked.

“It has taken us time to work it all out; trial and error — seeing how everything reacts, but it’s been a good move as we continue to meet all of our permit requirements.”

He continued: “With maintenance we are very thorough, but that said, with the Lakeside screens, there’s actually very little maintenance required. We pull the covers every morning, hose and wash down the rake arm — carry out a quick inspection and then get back on line. Once a year we do an in-depth inspection and change the oil on the gear drive, but that’s it. The Raptors have an incredible amount of torque and are so reliable.”

Designed with a hinged structural support, the Lakeside unit can be pivoted out of channel for maintenance at floor level — and its simple drive assembly makes servicing easy and much less costly than other more cumbersome designs.

Eric Bonzo concluded: “We have such peace of mind when we go home at night, knowing that these screens are just going to keep on working.”